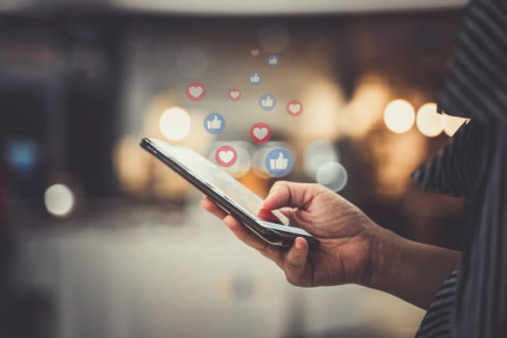 Big changes are coming for Facebook. And these updates are going to have a huge impact on every business’ social media marketing as a whole. In fact, these might be the biggest changes ever since the Facebook major overhaul of 2014.

Facebook, and its sister company Instagram, continue to be a critical part of any marketing strategy for small businesses. This is particularly true for startups who rely on social media to grow their audience and build an online presence. Whether you’re a new business or an old hand, as long as you use Facebook for your business, then it is crucial to understand these changes to the platform and how they will affect your strategy as a whole.

Let’s look at the changes one by one…

There are 2.27 billion users on Facebook and 75% of these users log into the platform daily. With these numbers, it is easy to get lost in the amount of uploaded content on your Newsfeed. Because of this, Facebook will be focusing on algorithm changes that will cleanup misleading or harmful content from your Newsfeed. Facebook’s three-pronged approach involves: Remove, Reduce and Inform. Remove content that violates Facebook policies, reduce its spread in News Feed using ranking, and inform users with additional context.

According to reports, Facebook is working on combining Stories and Posts into one Feed to promote time-sensitive content, just like Instagram. However, this would likely result in further reduction in organic reach for businesses, which is already minimal. Initial test results have shown a further decrease of 26% in organic reach. Although these are just initial results, it will be alarming if the current 1.6 to 2% organic reach today still drops. The new Facebook Newsfeed algorithm are still undergoing tests, but if this gets rolled out, it will spell the end of organic reach.

Business Pages will also experience major changes that will impact the 80 million small- and medium-sized business Pages on Facebook. The changes will focus on de-prioritizing pages with poor linking metrics, monitoring user feedbacks to determine Newsfeed priority, and implementing the Click-Gap algorithm.

“Click-Gap looks for domains with a disproportionate number of outbound Facebook clicks compared to their place in the web graph. This can be a sign that the domain is succeeding on News Feed in a way that doesn’t reflect the authority they’ve built outside it and is producing low quality content.”

This means that Facebook will start to de-prioritize business pages with a disproportionate share of clicks from Facebook compared to the site’s overall online popularity. So if most of your traffic comes from Facebook alone and you don’t have other sources outside, such as traffic from PPC, organic search, and links from other sites, you will be affected greatly by this new algorithm. You’ll probably see an overall decline in reach for your organic posts and Page Views.

Facebook’s Mark Zuckerberg said that once these changes are rolled out, users will see less public content such as organic posts from businesses and brands and the content users will see are those that encourage meaningful interactions. Pages that contain posts that users generally don’t interact with or comment on will notice significant decreases in Reach.

What are considered as meaningful interactions? Comments and shares, engagement with shared content, replying to comments, sharing links via Messenger, and choosing reactions instead of Likes are valued more by Facebook.

Facebook Groups also experienced their own share of overhauling. One of the new changes is the ability to remove all prior posts when a user leaves the Group. Facebook will send out notifications when it flags or removes content in the Group’s feed. Aside from this, the admins of the groups are now charged with policing content, which is an added responsibility. If Facebook sees that an approved content violates its guidelines or Community Standards, that group will be closed. These Facebook Group changes are also expected to reduce average organic reach by up to 6.5%.

These changes are going to play a very important role in the social media marketing scene, so businesses should focus on how to improve their strategies with these changes in mind. You can no longer rely on organic posts to gain new customers or engage existing customers. The best way to counter these changes on Facebook is to use a funnel drive new customers to your business. As Facebook evolves its platform, all the more it is crucial for businesses to adapt their marketing strategies to not be left behind.